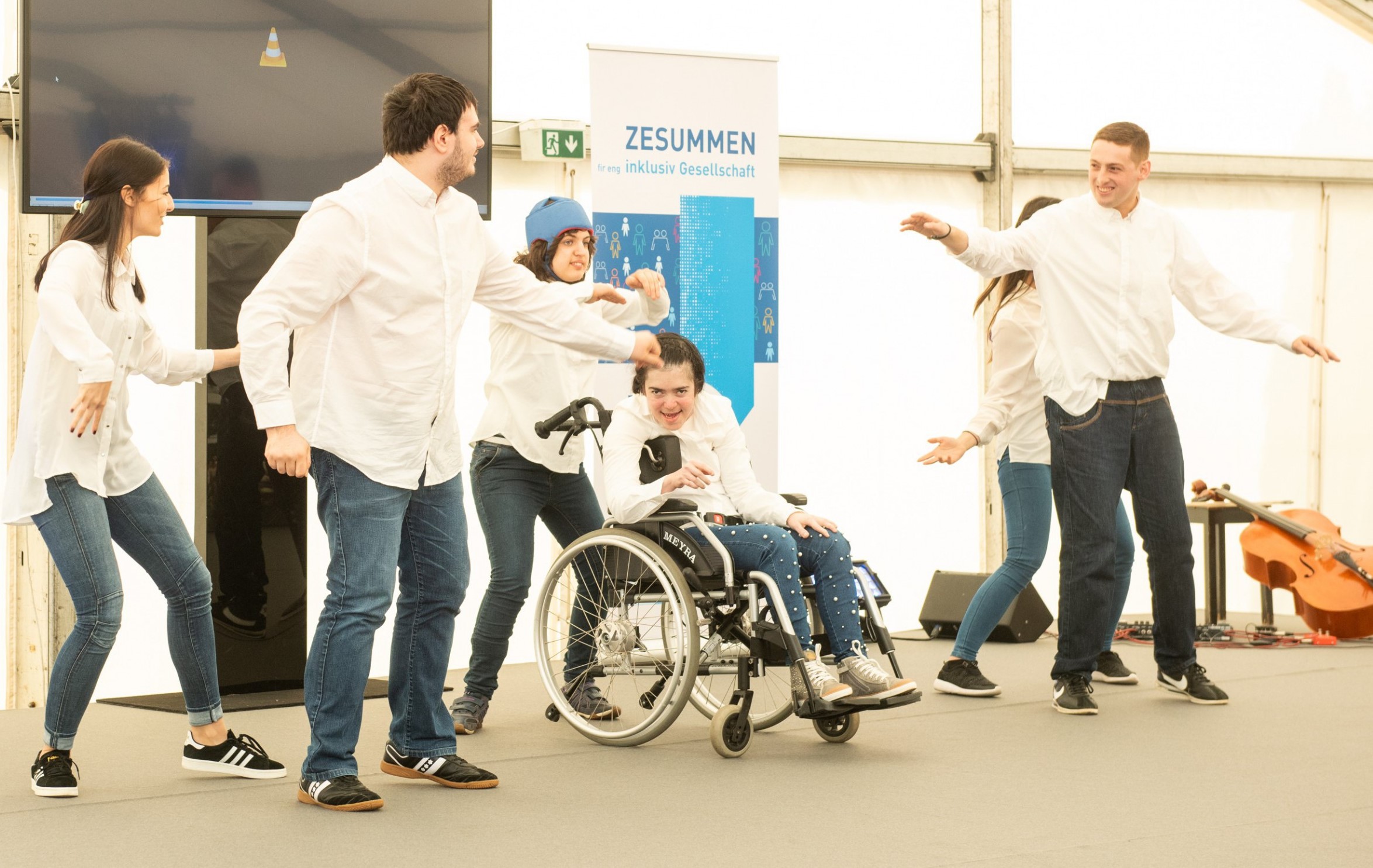 A dance performance during the anniversary celebration

Inclusive kindergardens, support with the job search, for parenting and for living in the community, day centres and many other services: Inclusion Europe’s member APEMH has achieved a lot for the inclusion movement in Luxembourg. Founded as a parents’ initiative, the association has become a well-respected organisation in the country – and in 2018, it celebrates its 50th anniversary.

Service users, family members, partners and friends were joined by the Grand Duke Henri and Grand Duchess Maria Teresa of Luxembourg at an anniversary ceremony that took place at APEMH’s headquarters in Betten op der Mess. The celebration included presentations by an inclusive dance group, a cello player and a video to highlight the association’s work. One of the moderators during the ceremony had an intellectual disability.

Inclusion Europe at the anniversary celebration

At the anniversary event, the foundation’s director Raymond Ceccotto said: “We have been involved in this work for 50 years, but of course there are still many things to do. We are constantly developing new ways to adapt the services we offer, so we can give the best support to the people who come to us.”

Inclusion Europe wishes “alles guddes” and all the best to APEMH for its 50th anniversary. We are looking forward to continuing our collaboration!

Tags:
Luxembourg
About The Author

Czechia should use EU money to end segregation – ETR
February 18, 2020