On 1 May, the International Workers’ Day, Inclusion Europe member FEAPS, along with the Spanish Association for the Employment of Persons with Disabilities (AEDIS) launched an appeal to private companies in Spain to show greater commitment to the employment of people with intellectual disabilities.

On 1 May, the International Workers’ Day, Inclusion Europe member FEAPS, along with the Spanish Association for the Employment of Persons with Disabilities (AEDIS) launched an appeal to private companies in Spain to show greater commitment to the employment of people with intellectual disabilities.

Therefore, FEAPS and AEDIS are encouraging companies to take into account people who have greater difficulty in finding paid employment, such as people with intellectual or developmental disabilities. Both associations are speaking out in support of equal employment opportunities, demanding that the business sector and society in general start seeing people with disabilities as potential workers. Not only do people with disabilities possess the necessary skills to be hired, they also have the right to an accessible work environment, which also allows them to successfully balance work and family life. AEDIS and FEAPS’s collective experience shows that for a person with intellectual disabilities, getting a job has an incredibly positive impact on their quality of life, being a major step in their process of self-advocacy, towards the full exercise of their civil rights and complete social inclusion.

According to FEAPS, despite public sector difficulties caused by the crisis, Spanish authorities have shown particular sensitivity regarding the issue at hand, evidenced by the implementation of the 2% hiring quota. In further collaboration with Spanish public administration, FEAPS offers support to private businesses, assistance designed to promote the full workplace integration of persons with intellectual disabilities.

This year FEAPS turns 50. During the past five decades, the organisation has concentrated its efforts on becoming what they are today: a determined social movement that helps persons with intellectual or developmental disabilities and their families enhance their quality of life by promoting their inclusion as full citizens in a just society. From 1964 until the present day, FEAPS has consolidated an Associative Movement consisting of almost 900 institutions across Spain, representing more than 139.700 people with intellectual or developmental disabilities, together with 235.000 family members, and a team of up to 40.000 professionals and 8.000 volunteers.

AEDIS is a nation-wide business organization, promoted by FEAPS, representing and defending socio-economic labour companies engaged in the provision of care, support, education, training and labour inclusion of people with disabilities. 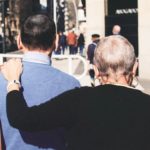 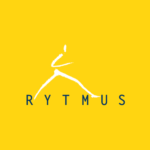