The results of Scope’s investigation reinforce the idea that public attitudes do have both direct and indirect repercussions on everybody’s lives in the community. Therefore, they believe that if major breakthroughs are to be made in improving the quality of life of people with disabilities, they need to correlate with attitudinal changes as well.  While a great part of the United Kingdom’s(UK) population still exhibits bias towards people with disabilities, their negative mind-set is grossly rooted in the general lack of understanding and education about disability.

As a result, Scope advises that better education, public information campaigns and a general broadening of the scope of interaction between non-disabled people and people with disabilities will lead to affirmative change. Furthermore, they also appeal to the media, asking for more positive, but at the same time realistic portrayals of disability. As one respondent said: “We need a more realistic view of disabled people – we’re not all heroes or villains, even though I love stories about disabled people becoming heroes, overcoming adversity. But we all have the right not to climb a mountain!”
With the goal of building cooperation bridges within society, Scope has launched the End the awkward campaign, offering tips and tricks to guide the general public towards building a “less awkward” and more inclusive environment where people with disabilities are given equal opportunities. 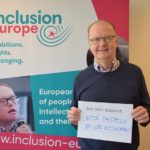 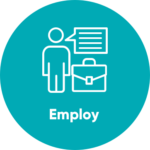