My Talents. For Diversity. is a European project about the inclusion of people with intellectual disabilities in the labour market and the benefits of diversity management.

The European Court of Human Rights has recently taken 2 decisions against the right to vote of people who have limited legal capacity.

The European Court of Human Rights’ decisions are sad and unfair.

It is sad that the leading human rights court can find it legal to remove voting rights of people deprived of their legal capacity because of their intellectual or psychosocial disability.

To take such a decision in 2021 is a step back for human rights. Many countries of the Council of Europe are making progress: recognising and including people with intellectual and psychosocial disabilities in the community, by finally abolishing restrictions on the right to vote for people deprived of their legal capacity.

France, Germany, Spain, Ireland and Slovakia changed their laws recently to respect the right to vote of people with disabilities. As did Denmark, after the public debate those two cases raised. Belgium and Czechia changed their laws to end the automatic deprivation of voting rights for people under guardianship. These changes allow around five hundred thousand people with disabilities to vote.

The Court’s decision demonstrates the continuous lack of consideration for human rights of people with intellectual and psychosocial disabilities. Given the Court’s arguments (which amount to saying “this affects only small number of people”, and that “it happens in other countries too”) we have to wonder if the Court considers people with intellectual and psychosocial disabilities to have human rights at all.

The right to vote is one of the most fundamental rights. It is not only about taking part in the political process, but also about being included in society and having your voice heard. There is no need to recall history to understand to which extent voting has been a vector for emancipation, whether it was for foreigners, slaves, or women from the times of the ancient city of Athens until more recently.

If there are still undeniably inequalities and discrimination, the right to vote is at the very least a means of conducting social change. There is similarly no need to say how many inequalities people with intellectual disabilities are victims of, whether it is to access goods and services, healthcare, or employment. Why not reduce the level of inequality and to open one of the most fundamental rights: the right to vote?

Forbidding people with intellectual disabilities from voting and standing for elections amounts to excluding them from debates and decision-making, impedes the election of potential representatives advocating for their rights, and thus any chances of shaping policies and measures directly affecting their lives. This perpetuates exclusion and long-standing stigmas, damaging to the whole society.

Nearly all Member States of the Council of Europe signed the UN CRPD into law over a decade ago. It is not possible to ignore this fact and subsequent legal obligations.

The European Court of Human Rights’ decision is also unfair; for two reasons.

First because the Court fails to consider the right to full participation in political and public life of all people with disabilities set forth in Article 29 of the UN Convention on the Rights of Persons with Disabilities.

Plus, the Council of Europe Commissioner for Human Rights had already said that “an exclusion of the right to vote on the basis of a perceived or actual psychosocial or intellectual disability, including a restriction pursuant to an individualized assessment, constitutes discrimination on the basis of disability, within the meaning of article 2 of the [CRPD]” and goes against the most fundamental values of modern democracies: pluralism, diversity and inclusion.

Second, because such restrictions would never be applied to other citizens. Indeed, the Court recognises that the restrictions are aimed at “ensuring that voters in general elections had the required level of mental skills”.

Assessing the capability to vote of persons with intellectual and psychosocial disabilities is purely discriminatory as no other persons are required to prove their knowledge of the political system to be able to vote or expected to justify their vote, including whether it was rational or well-informed, which would be contrary the core principles of democratic elections.

Inclusion Europe has been raising awareness and calling upon electoral authorities or governmental authorities to ensure accessibility of the whole electoral process: election campaigns, training of polling station officials, providing support and assistance to people with intellectual disabilities.

There are many practices and examples on how to make the voting process function for people who need support. Support should be focused on discussing and identifying the best interest together with persons with intellectual disabilities to compare such an interest with the positions of the political parties or candidates standing for election, accepting and respecting the electoral decision of people with intellectual disabilities.

Why would, in 2021, anyone want to waste time and resources denying people their right to vote? Why would anyone, let alone a respected international human rights institution, want to justify it?

László Bercse, chair of the European Platform of Self-Advocates and vice-president of Inclusion Europe 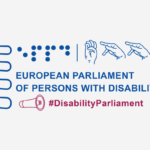 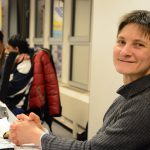 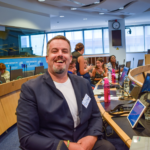