You may have noticed the news. We had to wait until 2021 – and to go as far as the Constitutional Courts – before it was officially declared that if someone rapes a person with disabilities, there will be the same compensation as if the victim had no disability.

Does that seem logical to you? Would you never consider that a person with disabilities is less of a victim than someone who is not disabled? In Czechia, this had to be decided by the Constitutional Court. Because the general courts took a different view.

Decisions by the general courts

The case was this: A child with autism was placed into a psychiatric hospital, and there raped several times. Deciding on the case, a court said that because the child “was autistic and did not perceive things as adults do”, it was not possible to award compensation for the crime in the same amount as it would normally be.

The Court of Appeals even argued that it is quite possible that an autistic child will perceive, for example, the passage of an automatically opening door worse than repeated rapes, and therefore a lower compensation must suffice.

Such arguments did not find favour with the Constitutional Court. In its ruling, the Court stated that it was not possible for a court to reduce the compensation for the harm caused to a victim of a crime simply because that particular victim was unable or unlikely to fully understand what had happened to her because of her disability.

The Court emphasised that it was not necessary for the general courts to assess the extent to which such victims were or were not capable of understanding the interference by the perpetrator with their right to personal integrity and inviolability since that fact alone must not lead to a reduction in compensation. Because human beings are equal.

Why the decision matters

Why is this decision (.pdf) of the Constitutional Court important? It tells the general criminal and civil courts that they cannot treat disabled victims of crime as a kind of second-class victims.

It also makes it clear that some victims of crime may deserve greater protection of their fundamental rights from law enforcement authorities.

Indeed, if we were to practice the approach of the two general courts in this case, and take it to its extremes, it would mean that it would be better the perpetrators to attack the “weaker” victims, because “they cannot perceive anything”…

It is therefore very good that the Constitutional Court has stood up to this practice. Accepting the opposite would mean sanctioning the abuse of those who may be perceived as “most vulnerable and weak”, and not be afforded sufficient legal protection.

Other cases of discrimination in judicial proceedings

This, of course, is not the only problem that people with disabilities often face as victims of crime. From my experience as a lawyer, I can list many examples of discrimination against disabled people in criminal proceedings on a fairly regular basis.

For example, when a victim has already been treated for psychological difficulties of any kind before the assault, very often the law enforcement authorities view them as less credible and, moreover, refuse to examine the effects of the crime on their mental health.

How many times have I heard from the police and the court a variation of this phrase: “Doctor, he/she was crazy before, how are we supposed to know what has changed?”

Another common problem is the failure to respect the needs for the accommodation of people with disabilities before law enforcement authorities. For example, I have encountered a case where a victim in a wheelchair was not allowed a break by the court during questioning, even though she needed it badly for health reasons.

The same was the case with a rape victim with severe post-traumatic stress disorder, whom the judge wanted to question in the presence of the prosecuted perpetrator, because, after all, they have children together, and therefore they should come to some sort of agreement with each other and learn to get along…

In short, the Czech justice system has a problem understanding that people with disabilities may need more help and merit fundamental respect. That it is there for them and not the other way around. That disadvantaged people do not appear in courts to cause problems and complicate the judicial process, but that they belong to society.

They must be treated in a way that fully preserves their rights. Even if it means some extra work for the authorities concerned.

The original version of this article in Czech was published on Heroine.cz. This version is published with the agreement of the author. 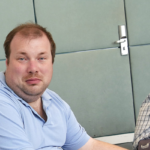 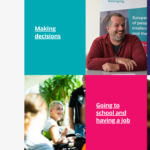