Our Inclusion Hero in June is Charles from France.

Charles with his sister, brother and brother-in-law at his sister’s wedding

Charles is a young man with complex support needs. He lives in the north of France.

Charles was often hospitalised in his early days. Throughout his childhood, he alternated between spending time at home with his parents and in specialised services. He was frequently in and out of hospital, requiring intensive medical care. This made it impossible for Charles to have a regular education, family and social life. During these years, his family worked hard to fight alongside Charles for his survival.

Little by little, life started to look up. Supported by his close relatives, as well as social and health professionals, Charles began to open up and challenge other people’s preconceptions of him. With the right support, it became clear he has abilities, for example, to let others know what food he likes to eat on a specific day, or what he wants to do. 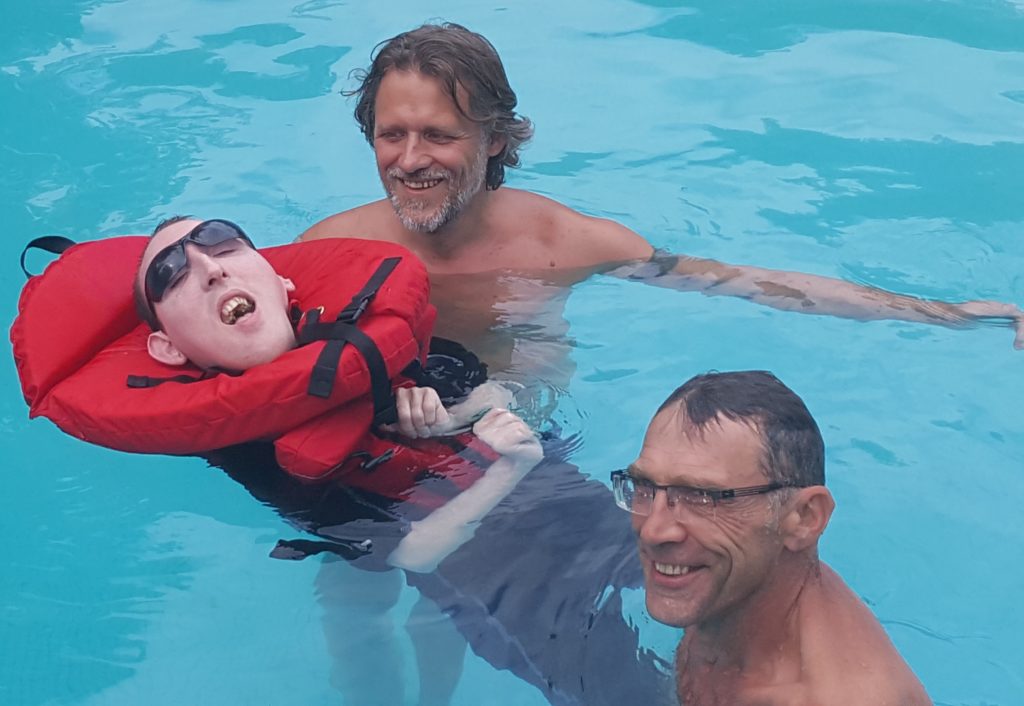 Nowadays, Charles still lives with his parents. He joins in community activities as much as possible, supported by his assistants and his family. Charles goes to restaurants with his siblings and friends: even though he eats with a feeding tube, he enjoys the atmosphere and sometimes the flavours. Charles also goes to parties. Initiatives by not-for-profit organisations allow Charles to spend some weekends away from home, in environments adapted to his needs. During his weekends away, he takes part in water therapy.

Charles has built strong links with his assistants. With their support, he lives as regular a life as possible in the community. Charles has become increasingly self-determined. He engages with the world and brings people together in solidarity with him.

The way other people look at Charles has gradually changed, as his family continues to include him through life’s joys and pains. Charles’ life is open to the outside world, even though the lack of accessibility of the built environment remains a big barrier.

There is a lot of uncertainty when it comes to Charles’ future. What will happen if his family circumstances change, so they are no longer able to be in constant contact with his assistants to ensure the best support for him? Who will continue to support him to be an active part of the community, and how can the community continue to benefit from his part in it?

For now, Charles is enjoying the present – this is what matters.

“The life of Charles, a young man from France”

Our Inclusion Hero of July is Charles.

Charles lives in France and he has complex support needs.

Charles was often in hospital
when he was a baby.

As a child, he spent some time at home
and some time in special care homes.

But Charles still often needed to stay in hospitals.

This left him with very little time
to go to school and see family or friends.

Little by little, he got better.

Charles began to open up.

Charles showed people what he can do with the right support.

For example, he can now show which food he likes.
He can also show what he wants to do.

Charles still lives with his parents.

He likes to take part in activities where he can meet people.
He gets support from his assistant and his family.

Charles often goes out to eat
with his family and friends.

He needs some help to eat,
but he likes the smell of food,
and he likes to have lunch or dinner at new places.

Charles also goes to parties.
He also spends some weekends away from home
in places that are accessible for him.

When he is away from home,
he does water therapy.
Water therapy is when you exercise
in the water.

Charles gets along well with his assistants
who help him in his daily life.

Charles now knows how to show what he wants.
Now people are interested in him and his life.

The people around him now see Charles in a different way,
because his family lets him live close to other persons.

Charles wants to enjoy the world outside his home,
but it is not always accessible.

It is not sure what will happen to Charles in the future.

For example, maybe his family will move away.

Then no one could tell Charles’ assistants what he needs.

Then it would be difficult to support Charles
to be a part of his community.

Charles and his family don’t know what will happen in the future.

But for now, Charles is happy.

Tags:
FranceInclusion HeroesPeople with complex support needs
About The Author 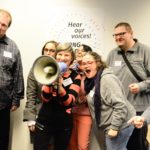