“With the new law, people with intellectual disabilities are able to decide”

There is now a new law in Austria.
The law replaces an old law about guardianship.

Last year, we talked about the new law
in our easy-to-read newsletter Europe for Us.

Oswald Föllerer was part of the working group that worked on the new law.

You can read below an updated version of the interview
that we did with him last year.

Why were so many people not happy with the Austrian law on guardianship?

Many guardianships were done by lawyers.
These lawyers often did not have enough time
for the people they make decisions for.
Often, the lawyers could not be reached easily.

There were examples where guardians were doing a bad job.

For example the guardians did not give enough money
to the people they made decisions for.
Some guardians also managed badly the things
that these people owned.
Sometimes the guardians sold their things.

How did the old law influence people’s everyday life?

When a person is under guardianship,
then they often cannot decide freely
to marry or to move in with his or her partner.

Many people were also told that they should not have children.
Or they were persuaded to have themselves sterilised.
Sterilising means when a doctor does something to a person
so this person cannot have children anymore.

What does the new law change?

With the new law
people with intellectual disabilities
are able to decide.
They now have the right to be listened to
when they decide who will be their guardian.

Another change is for the guardianship.
It can only last 3 years now.
Then the guardianship can be renewed.
Or it is possible to look for other types of support
for the person with an intellectual disability.

What was it like working in the inclusive working group
which proposed changes to the law?

The working group met during 3 years and a half.

The working group was made up of

It was often difficult to work in the working group,
because there were many difficult words.
After we told them, they used more texts in easy-to-read.

Taking part in the working group was exciting.

There were many ideas how to make things better.
We also took ideas from other countries.

Everyone must apply the new law now.
Do you think it works well so far?

We do not know yet if it works well.
By 2024 at the latest all guardianships must be checked.
There are already training courses for judges and lawyers.
Next year we will be invited to the Ministry of Justice.
Then we will get more information. 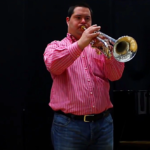