In the context of our campaign for last year, we published a final document on the topic of legal capacity and citizenship, presenting an overview of what a lack of legal capacity means for people with intellectual disabilities across the European Union.

In the context of our campaign for last year, we published a briefing on the topic of legal capacity and citizenship, presenting an overview of what  lack of legal capacity means for people with intellectual disabilities across the European Union. 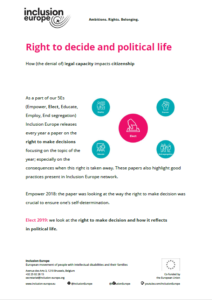 The document points out that the lack of legal capacity means:

These aspects represent two very important features of modern democracies. Being excluded from enjoying these rights is against the principle of citizenship, as well as contradicting the United Nations Convention of the Rights of Persons with Disabilities (UN CRPD).

People with intellectual disabilities who don’t have legal capacity cannot participate in public life in many ways.

First of all, they don’t have voting rights, which means that they cannot vote or stand for elections.

We showed how progress has been made across countries in the EU and, during last European elections, many people with intellectual disabilities voted for the first time. However, according to the European Economic and Social Committee, 800,000 people across the EU are still deprived from their right to vote, which means that there is still a long way to go.

Related to the right to vote is the right to decide, which is an essential part of legal capacity and gives access to many other rights, such as deciding where to live, who to marry, or managing one’s own money.

Letter from our president on the Coronavirus emergency
March 30, 2020 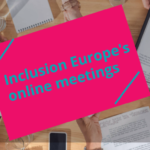 “The path towards inclusion is still ongoing, but we are heading in the right direction”
March 18, 2020 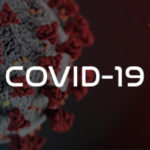