“Living independently is not easy in Hungary” 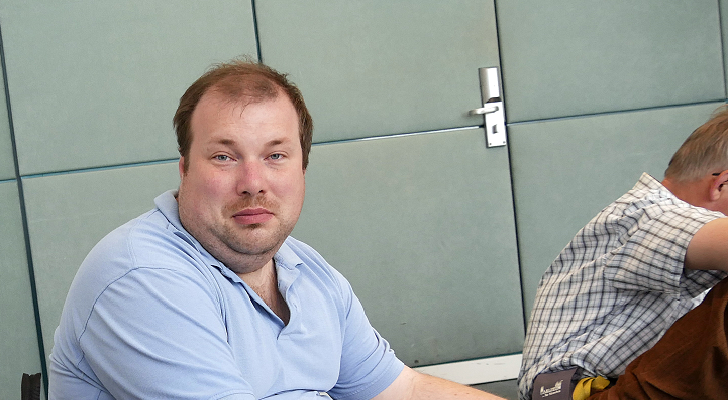 László Bercse is a self-advocate from Hungary.

Here is the Hungarian version of this interview.

László Bercse is a self-advocate

Do you live with your parents/someone else or on your own?

I live with my parents in Budapest in a family house with a garden.

I have an older brother.

Are there other self-advocates in your country?

Yes, there are also other self-advocates in Hungary.

Are you organised in a self-advocacy group?

Yes, I am part of a self-advocacy group.

There are ten members in our group.

One member of the group is my colleague Ilona Éva Sallai.

She is also part of EPSA.

We always meet in the offices of ÉFOÉSZ in Budapest.

This year we will have a look
at the United Nations Convention of the Rights of Persons with Disabilities.

What are the things that you are worried about in your country?

Our government does not give enough attention to NGOs.

This is a big problem because NGOs speak for people who are vulnerable.
Living independently is not easy in Hungary
as a person with an intellectual disability.

Most people with an intellectual disability live with their parents
or in institutions.

This needs to change.

Have there been any improvements for people with intellectual disabilities
in your country in recent years?

In this law it is now written
that people with an intellectual disability should have the right
to get support to make their own decisions.

But many people with intellectual disabilities
are still under guardianship.

Many judges put people under guardianship.

Many people with intellectual disabilities are not asking
if they could get help to make their own decisions
and not have a guardian make them for them.

They do not know that they could ask for this.

And their families are often not asking for it either.

We need to change how parents and family members think
about people with an intellectual disability.

So people with an intellectual disability can live more independently.

Thank you very much for sharing this information
about the situation in Hungary!
I would like to ask you: Do you have the right to vote?

Yes, I do have the right to vote and I also go voting.

Last year you spoke in the Hungarian Parliament
because it was ÉFOÉSZ’s 35th birthday.
Can you tell me what you spoke about? Did you like the experience?

I spoke about self-advocacy.

I said that it is very important that people with disabilities learn about their rights.

After that, they can also help their others
to learn about these very important topics.

I also talked about the principle of „Nothing about us, without us”.

This means, that no one can decide about questions important for us
without asking our opinion.

Let’s talk about something less serious. What are your hobbies?

I have many hobbies!

For example, I really like listening to organ concerts.

And I read detective novels, for example by Agatha Christie.

I have never been to Paris, but one day I will go!

Last year, the UN CRPD Committee tried to find out
if the European Union has put the
United Nations Convention on the Rights of Persons with  Disabilities
correctly into practice.

They wanted to find out if the European Union
included the rights of people with disabilities in European laws and policies.

This took almost a year.

László says that the group of self-advocates he is part of
also will give their opinion this year.

The review process in Hungary has started in February 2017.