The Parliamentary Assembly of the Council of Europe (PACE) has urged member states to “immediately start to transition to the abolition of coercive practices in mental health settings”.

In a move welcomed by Inclusion Europe, the Parliamentary Assembly of the Council of Europe (PACE) has urged member states to “immediately start to transition to the abolition of coercive practices in mental health settings”.

In a resolution and recommendation adopted unanimously the Assembly said mental health systems across Europe “should be reformed to adopt a human rights-based approach which is […] respectful of medical ethics and of the human rights of the persons concerned, including of their right to health care on the basis of free and informed consent”.

Inclusion Europe, alongside other organisations, has been objecting the draft additional protocol to the Oviedo Convention. If adopted, the protocol would authorise forced treatment and forced placement, notably in institutions of persons with disabilities, in particular persons with psychosocial disabilities. These practices are unacceptable under the United Nations Convention on the Rights of Persons with Disabilities.

The PACE resolution comes as very welcome development for the #StopOviedo campaign.

The Council of Europe’s Convention on Human Rights and Biomedicine, better known as the Oviedo Convention, is a European, legally binding instrument on the protection of human rights in the biomedical field.

It establishes that human rights must come before other considerations in the field of biomedicine. It lays down a series of principles and prohibitions concerning bioethics, medical research, consent, rights to private life and information, organ transplantation, public debate etc.

Tags:
Council of EuropeDeinstitutionalisationOviedo ConventionViolence against women
About The Author 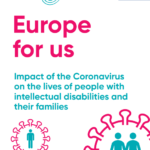 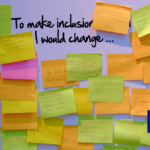 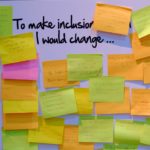 Important decision by the European Parliament on the rights of people with disabilities – ETR
July 13, 2020 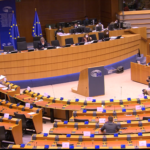