“Live a life of your own, get education and experience, get a job with proper money” – Paul Alford

Paul Alford talks about his journey to become an independent-living person with an intellectual disability.

I had no choice on who to live with

I was not happy. I had no choice [living in an institution].

We had to be up at 7 in the morning before the staff came in, doors were shut at 10 at night, and you could not even go out for a smoke. You had no choice in what you could eat.

I did not have a choice on whom to live with. There were two other people and when we moved out to the institution, I was just told that two people are going to live with me.

It was difficult to move out

It took me about 3 years to move out and look for a place. I got support from two NGOs. One was a group that helped people to get out of institutions and taught people how to manage their own budget. They also allowed you to choose a support person and you choose who you pick.

We got a bit of money from the government, and I was able to buy my own place. It took me a year to know what I was going to do with the money.

I got money from the government because when I was in the institution, I had to work in the workshop, and it was slave labour: 50 pence a week working for 10 hours in a newsagent and doing everything they wanted. 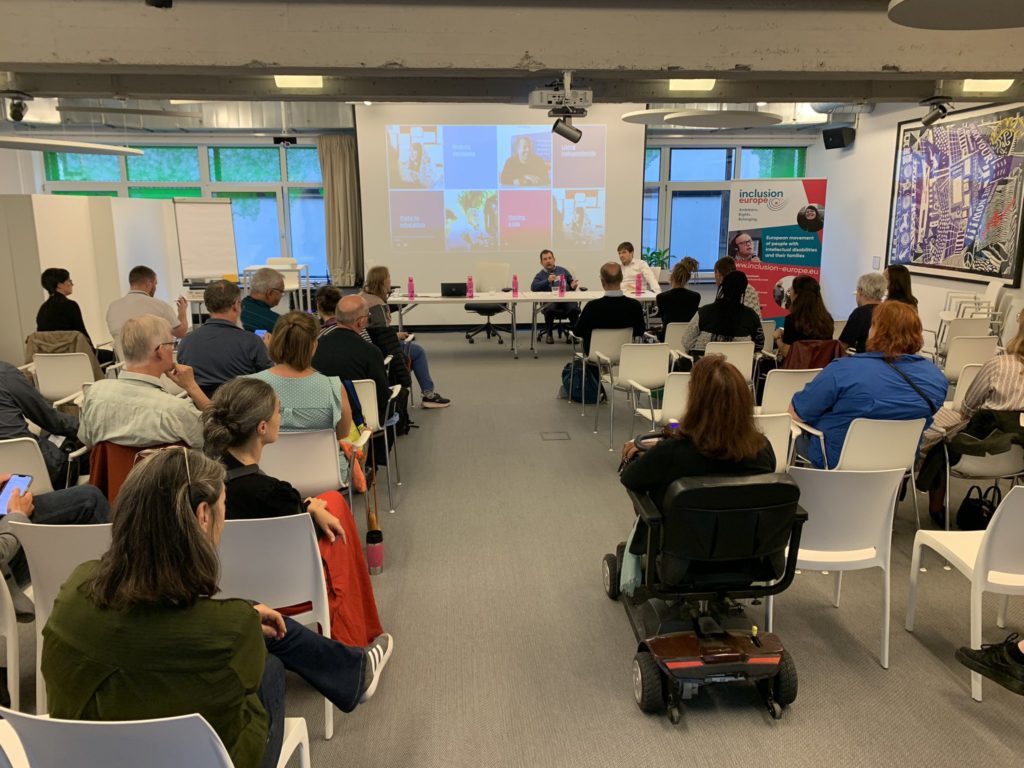 One time, I had permission to go back to the institution for a funeral mass, and the staff member asked me what I was doing there as I was not allowed to be there anymore. I said someone I lived with passed away and I wanted to pass my sympathies.

Living on my own

I just thought of using the money to buy my own place. I could not do it, so I went to look for help from an NGO group at Trinity College in Dublin. They helped me to find a place. I met in Dublin with my CEO, and at a meeting when they said, “any other business?”, I told them that the staff and my family did not let me leave the institution. I was working at Inclusion Ireland.

The man from the NGO that was helping me gave me a card and we talked about moving out. A week later, we had meetings, and it took me 3 years to get a place to move out and get my budget with me.

I got help to get a mortgage in a credit union and the NGO helped me get the mortgage. I paid it back with my wages from Inclusion Ireland, on the second of every month. They thought that it would take 7 years to pay it all back, but in 4 and half years I had it all pay it back!

My support person, and managing my own money

The NGO supporting me helped me to find my support person. I could choose who could help me because I was going to pay them out of my budget. He spent 8 hours a week with me. After he helped me to get out of the house, he helped me go to the arch club, park runs on Saturday, bingo, to the pub and so on.

After 2 months, I told him I do not need him anymore because I was able to do things on my own.

I got assistance from the bank because my support person organised a training for me to manage my money online. I went to the bank every week for an hour and a half. Now, I know how many accounts I have, how much money I own, and how much I spent, and it is all private.

I wanted to go to Australia, but we had to have a meeting with my brother and the institution. One time, when I was at work, I was reading the newspaper and I saw that lovely trip from Beijing to Australia. I went over to the phone, I googled the tour, it was a coach tour for about 9 days.

I said to the organisation that I was going, and they had no choice because it was already paid with my credit card.

Since then, I go on trips with Inclusion Ireland. I went to Australia, and I have already seen half of the world.

Going to the doctor

I went to the doctor with my support person the first few times, but then I did not need him anymore.

The Health Service Executive gave me a doctor, but I was not happy with him because he would not listen to what I was saying. So, I went to the HSE and got another one.

I told him I was disabled, I needed support, and I needed everything in easy-to-read. He provided me with that.

After he retired, I was given another doctor who also gave me papers in easy to read.

When I was in the institution and boarding school, I never got a proper education. I came to Inclusion Ireland for meetings, and later, I started working with them, but I was not able to read, write or work with computers.

I was managing the letters, but I was putting the wrong letters in the wrong envelopes and the wrong addresses. The CEO asked who was doing the work wrong. I told them it was me, and I asked to be thought how to write and read.

They looked for a course, and they found one and I went there every Friday for 2 hours. I had homework to do on Thursday nights for an hour and a half to refresh my mind. The course was only for 2 years but they kept me for 7 years.

Later, I said to the CEO I wanted to participate in a computer course. I did the course for 2 years and then I did another 2 years, and now I can do it all.

The most important thing is that I can work with the staff now. 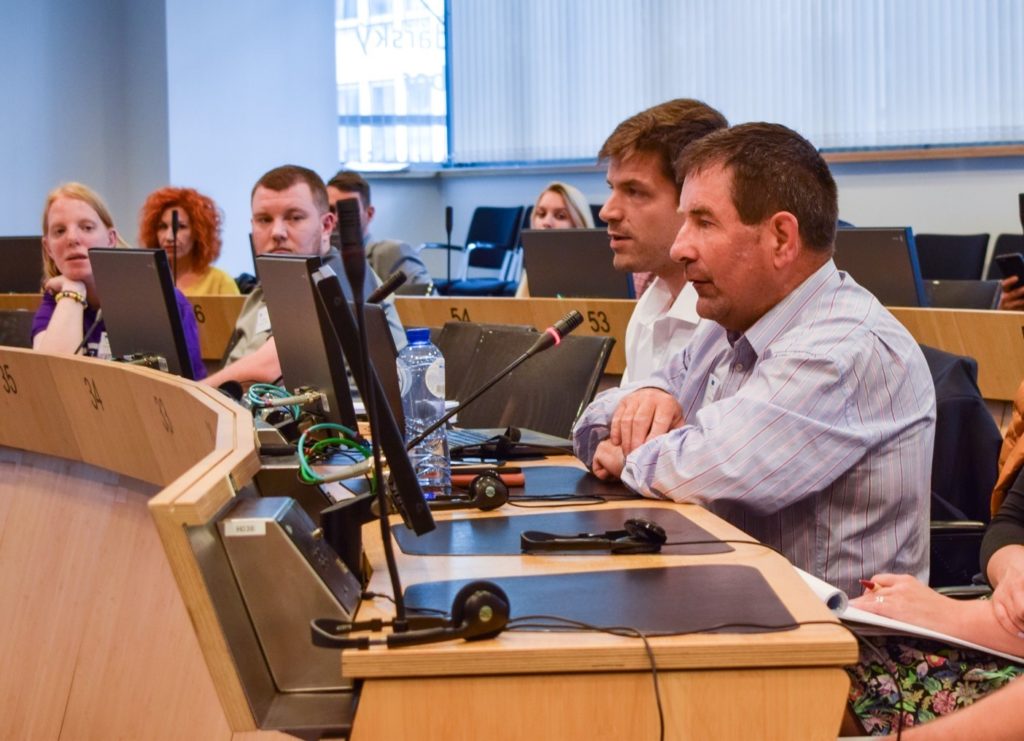 Paul Alford during a session on employment, Europe in Action to End Segregation conference

Easy to read is very important

The first time I got to know about easy to read was at Inclusion Europe and EPSA group. When I came back, I said to the CEO: “Everything you do has to be in easy to read for people with disabilities to understand”.

When there is no picture, it is hard to understand.

Easy to read makes people independent and makes them take the right decisions.

Easy to read is so important for people with disabilities so that they can read and understand properly. I review everything that goes out of the office and no one else does it.

We need to be listened to and taken on board

What we need in Ireland is for the government and the media to listen to people with disability, because they say things but do not act. They said it about institutions 12 years ago, but nothing changed.

I had to fight all my life and it was a hard life. I never lived my life with my family.

I wish for others to do the same things that I have done. Live a life of your own, live your life independently, do those courses, get more experience, get a job, and get proper money.

There is nothing about us without us. Our voices, our choices

We need to be listened to and taken on board.