“All people with disabilities need to have equal opportunities”: Jan Habegger represents Inclusion Europe at the UN 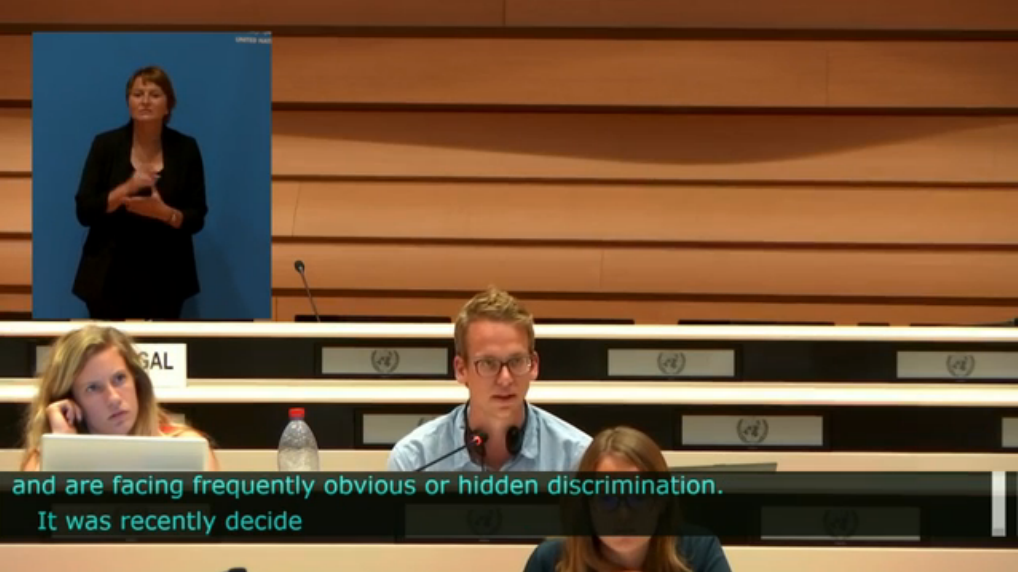 “All people with disabilities need to have equal opportunities to be heard and to be equally represented in discussions.”

This is what Jan Habegger from Inclusion Europe member Insieme Switzerland said at a discussion of the United Nations Committee on the Rights of Persons with Disabilities (UN CRPD) on Friday (25 August). The discussion focused on the General Comment on “Equality and non-discrimination” (article 5 of the UN Convention on the Rights of Persons with Disabilities). The General Comment will further define what “equality and non-discrimination” means in practice.

Jan Habegger represented Inclusion Europe and Inclusion International at the discussion. He told the committee about his 10-year-old brother who has Down’s Syndrome, and how his family in Switzerland had to fight against the prejudice of school authority, teachers and other parents so he could get an inclusive education. Their case is one of many, as “more than 90% of children with intellectual disabilities are segregated to special schools or are entirely excluded from school“.

Segregation at school, however, is only part of the problem. As our statement read, “people with intellectual disabilities – along with people with psycho-social disabilities – remain the most excluded, disadvantaged and invisible groups in society around the world.”

Even though the CRPD has pushed things in the right direction, a lot still needs to be done: The denial of legal capacity, segregation into institutions and the situation of people with complex support needs were just some of the issues.

The moderator of the session, Damjan Tatic, pointed out that a person with intellectual disabilities, Robert Martin, has joined the committee this year. Damjan Tatic said Robert Martin has made “amazing contributions” to their work.

At the end of the session, Committee chair Theresa Degener apologised for the lack of easy-to-read information and said that “we’re going to fight to have easy-to-read in our accessibility budget in future.”

Inclusion Europe warmly welcomes this announcement – and we hope that this future is not too far away!

You can watch Jan Habegger presenting our statement here – starting at 1:18:57.

If you’d like to read more, have a look at our submissions to the UN on articles 5 and 19.

We will keep you updated about the further developments.

Jan Habegger is from Insieme Switzerland.

Insieme Switzerland is a member of Inclusion Europe.

The main topic talked about was the General Comment
on “Equality and non-discrimination” of the UN CRPD.

He told the committee about his brother.

His brother is 10 years old and has Down’s Syndrome.

Jan also talked about how his family had to fight against the school.

They fought the school so the brother could go to school
with other children without disabilities.

This a big problem.

The CRPD is working to makes things better
but there are still a lot of things that need to be done.

Not being allowed legal capacity and being separate in institutions
are still problems.

Robert Martin is the first person with intellectual disabilities
to be on a UN Committee.

Someone who works at the committee said that Robert has given
a lot of good contributions to the work of the committee.

Theresa said that she was sorry
for not being able to have easy-to-read information.

Theresa also said that the committee would fight
for there to be easy-to-read information in the future.

Inclusion Europe is happy to hear this and looks to the future. 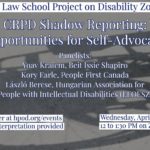 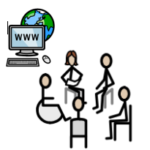