“Because I have difficulties in managing money, people say I should not vote. How wrong is that?” 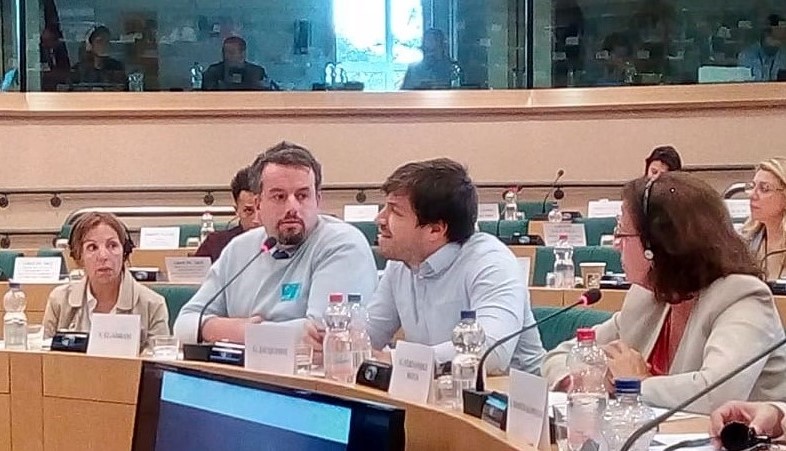 Imagine you needed to do a test to be allowed to vote.

You would be asked about political parties, the political system, and even things like the speed of light. The result of a failed test? No right to vote for you!

Or, imagine your right would be taken away from you, just because you’re struggling managing your money. All of these things are happening in Europe: For people with intellectual disabilities under guardianship, the right to vote in many cases is still an unattainable dream – not to mention the right to stand for election.

Inclusion Europe’s policy officer Guillaume Jacquinot and easy-to-read editor Soufiane El Amrani spoke at the meeting. They made one thing clear: the right to vote and to stand for election must become a reality for everyone!

During the hearing, Soufiane El Amrani talked about his own experiences: His right to vote had been taken away when he was put under guardianship due to problems in keeping a budget.

“In 2014, I was still allowed to vote, and now I am not anymore. I was very confused”, he said. And he added: “Because I have difficulties to manage my money, people tell me that I should not vote. How wrong is that?”

Guillaume Jacquinot explained how the very idea of testing a category of persons to grant them the right to vote is in itself discriminatory, as pointed out by the former Commissioner for Human Rights at the Council of Europe, Thomas Hammarberg.

He also called attention to the fact that many people with intellectual disabilities have fought hard for their right to vote, and others are active in politics despite the barriers they are facing, proof of their determination and dedication to contribute to society.

How to make the European elections 2019 accessible

Even when being granted the right to vote, it might be difficult for people with intellectual disabilities to actually exercise it, due to the inaccessibility of the entire process. To address this:

“The EU has a role in implementing the UNCRPD, by supporting the inclusion of people with disabilities, and enabling everyone to take part in elections”, Jacquinot and El Amrani concluded.

“Even if member states have the legislative authority to regulate the right to vote and access to elections, the European elections provide an opportunity for the EU institutions to remind national leaders that all European citizens must have the opportunity to have their say and cast their vote.”


Some people have to
take a test
if they want to vote.

If they fail the test
they cannot vote.

The questions in the test can be very hard.
Maybe they are not about the elections,

but on random topics.

It can also happen that
if you have struggles in managing your money
you are not allowed to vote.

This is unfair,
but it still happens in Europe
for people with intellectual disabilities.
Many of them who are under guardianship
cannot vote and not stand for election.

People from every European member state
can send their request for changing laws.
to the European Parliament’s Committee on petitions.

It is also called PETI Committee.

The PETI Committee organised a meeting at the European Parliament
to talk about the rights of people with disabilities
in the European elections.

The election will happen next year, 2019.
Voters will decide who will become part of the European Parliament.

An important part of the meeting
was the legal capacity of persons with disabilities
and their right to vote.

Soufiane El Amrani is the easy-to-read editor
at Inclusion Europe.

They spoke at the meeting.

Their message was that
the right to vote and to stand for election
must become a reality for everyone.

Soufiane talked at the meeting
about his own situation.
His right to vote was taken away

because he is struggling in managing his money.
So he was put under guardianship.

He said that he is confused
because in 2014 he could vote
but now he cannot do it anymore.

The reason is that he is struggling
in managing his money.
But he thinks that there should be no connection
between this
and his right to vote.

His right to vote
has been taken away,
and he think this is unfair.

Guillaume Jacquinot said that
having to take a test
in order to have the right to vote
is not fair.

This is also what Thomas Hammarberg said. 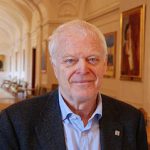 Thomas Hammarberg
was the Commissioner for Human Rights at the Council of Europe.

Guillaume Jacquinot also said that
there are many people with intellectual disabilities
who fought hard for having back
their right to vote.

Some people with intellectual disabilities are active in politics
even if it is difficult for them to do so.
This means they are happy
to be part of the life of the community
by having their say in politics.

It is important that all people with intellectual disabilities
have their right to vote.
But not only that.
They also need to have real access
to voting.

Voting needs to be accessible.

How can we make the European elections in 2019
accessible to all?

There are different ways:

Soufiane and Guillaume finished their talk
saying that the European Union must
make sure that the UN CRPD is a reality for everybody.

This means that what’s written in the UN CRPD
must be put into practice.
So people with disabilities will be able
to take part into elections.

In 2019 there will be the European elections.
The European Union should remind
every member state

that every European citizen
has the right to have their say
through their vote. 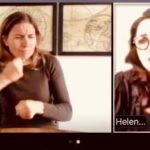 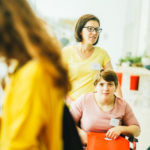