“Greatest benefit is to share and learn from each other.” Europe in Action closing speech by Jyrki Pinomaa 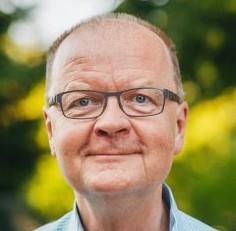 I am Jyrki Pinomaa, President, Inclusion Europe – I am from Finland.

Our Conference host, Inclusion Finland KVTL turns 60 years this year. There will be a small gathering tonight in Tampere, but it will also be streamed throughout the country so that all the members can join. On behalf of Inclusion Europe, I wish to say Congratulations! This Conference is first-ever online Europe in Action Conference.

I want to congratulate Inclusion Finland KVTL for their great success in organizing this Conference. There has been a special Finnish organizing team but, of course, many of the staff members of Inclusion Finland KVTL have also contributed both in preparations and in the program. The four-person power team are Mari, Essi, Nanna and Meeri. A big thank you to all of you – there has been a lot of work and it paid off, you created in these circumstances an unforgettable experience. At least I have felt like we have been all together during these four days.

I want to thank the whole Inclusion Europe Staff team. There has been long co-operation with the Finnish team. Many of our staff have also been here present moderating sessions. Thank you to our interpreters for the simultaneous translations, which is not always an easy task – we speak of our own experiences and with a tone of deep sentiments, which can be tricky to translate. Thank you also to a very special group of persons, whose work well done often can remain unseen. I mean the support persons of our self-advocate attendees, who have been busy translating everything from English to many national languages

Thank you to all our speakers and presenters, who have given us a lot to think about and many experiences to take home to be applied in our own countries. One of the greatest benefits of our conferences is to learn from each other and to share with each other. By sharing our stories we can help each other a lot. And finally, thank you to all you participants for being here with us during these four days. You with your participation, your questions, your comments have made this event to another Europe in Action to keep in mind and to remember.

What have we learned from here?

Our Vice-President, the chair of the European Platform of Self-Advocates, Laszlo Bercse set the table in his opening speech saying: Employment is the way to inclusion.” His message was strongly supported from a human rights perspective by Professor Hisayo Katsui who told us also that for many companies the good experiences of others hiring people with intellectual disabilities has been eyes opening.

Lack of knowledge and attitudes can still be a major barrier to the employment of people with intellectual disabilities. Prejudices create the bottleneck witnessed Mr. Jorma Mikkonen, director of Corporate relations and sustainability from Lassila & Tikanoja. Wider inclusion is a win-win-win situation for everybody, he continued.

More and more companies have nowadays sustainability as one of their values and represented in their leadership with a separate function for inclusion and diversity. We also heard testimonials of representatives of employers telling us that employees with intellectual disabilities are motivated worker and that most of the routine work has become better when it is done by people with intellectual disabilities.

Philosopher Frank Martela pointed out in his speech that people need to be given space to make their own choices. Even if they are small, it’s important to be able to make your own decisions. He also said that people need fewer services when they can be active. So, there is also this aspect of the national economy for our governments to understand.

– A man coming out of an institution at the age of 51 and getting a job.

– A museum and a hotel employing people with intellectual disabilities.

– The quotas set by governments to hire people with intellectual disabilities.

– Starting to listen to aspirations of children with intellectual disabilities in school.

We have learned that segregation into sheltered workshops does not benefit transition to real work. On the contrary, it isolates from the societies and is against the principles of the UNCRPD. The topic of this Conference is skills. When we look at the individual skills of people with intellectual disabilities and see the skills instead of the disability, we are on the right path. To find these skills we have to listen to people with intellectual disabilities and to their families. We need to create co-operation between schools and employers and between our organizations and employers.

Inclusion means that nobody is left behind. People with intellectual disabilities are too often treated as a group with the same needs. They should be met as individuals with individual skills and individual support needs. One size does not fit all! And, of course, there is much more. But these eight minutes given to me today will not allow me to go deeper to them. Our time for this Conference is now coming to its end. As I already said, we learn a lot by listening to each other’s stories. We can also educate others by sharing our stories. Let us keep doing so, and not only in events like this. We have a good opportunity to do so through our European inclusion network, Inclusion Europe. Thank you for participating!

Normally I would say, have a safe trip home, but now I will just say – stay safe!

Hope to see you again in Europe in Action!

Tags:
Europe in Action 2021Jyrki Pinomaa
About The Author 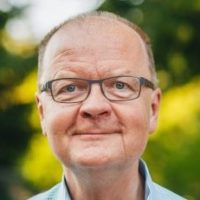