“I chose what felt good. You see: I love music!”

Our Inclusion Hero in May is Sami Helle. 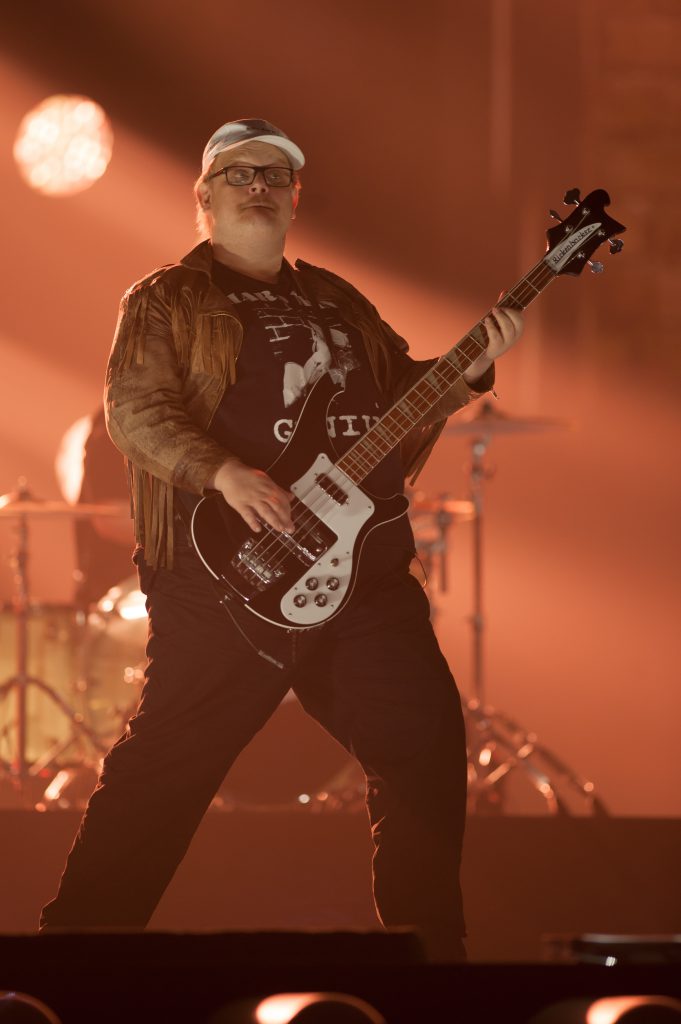 Our May Inclusion Hero has many talents: Not only is he a gifted musician who represented his country in the Eurovision song contest, he also is active in politics. Sami Helle from Finland is a self-advocate, a bassist, a singer, a lover of jazz and blues – and a talkshow guest! Read our interview:

How did you become a bassist and part of the punk band Pertti Kurikan Nimipäivät?

Pertti Kurikka, the band leader, asked me to join the band – and I was very happy to!

What was it like to participate at the Eurovision Song Contest?

I was nervous, of course, but it was interesting and fun ! Unfortunately, we did not make it to the finals, but I enjoyed it a lot!

How did it feel coming back to Finland?

Seeing the crowd who celebrated with us was just awesome!

You are now also playing the trumpet and sing, and you set up the jazz band “Sami Helle Quintet”. What made you choose jazz? It is quite different from punk rock, after all.

Jazz was one of the first kinds of music I played – I chose what felt good! Sami Helle Quintet did one record, but now I have a blues band called “Sam Heat & His Blue Kings”, and I am also doing a solo record under the name Sam Heat. You see: I love music!

You are also active in politics and ran for the municipal elections in Helsinki in 2017. What did you learn from this experience?

I got more familiar with how elections work, met new people, and I learned how the political system works. I will stay in politics!

Yes, I am running for the provincial elections!

Recently, you were interviewed in the Finnish TV show Kehitysvammaiset. What did you talk about in the show?

I spoke about public procurement. Tukiliitto has launched a citizens’ initiative together with other disability organizations. At the moment, when it comes to tendering for services for people with disabilities, the cheapest price wins. This is a threat to human rights, because in this situation people’s individual needs are often bypassed.

Are you a participant at the World Congress?

Our Inclusion Hero of May is called Sami Helle. 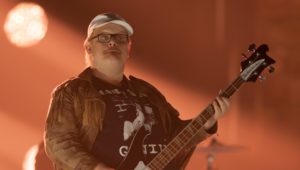 He is from Finland.

Sami has many talents:

He is a gifted musician.
He sings and plays the bass guitar.
He loves jazz and blues music.
He is also part of a punk band.
With the punk band, he represented his country in Eurovision.

Eurovision is a contest where
people represent their countries with songs.
A lot of different countries take part.

Sami was on a talkshow!

He is also active in politics.

Question 1:
How did you become part of the punk band?

The band leader asked me to join the band.
I was happy to!

Question 2:
What was it like to take part in Eurovision?

I was worried, but it was interesting and fun!
We did not win, but I enjoyed it a lot!

Question 3:
How did it feel when you came back to Finland?

It felt great to have people cheer for us when we got back to Finland.

Question 4:
You also play the trumpet and sing.
You set up a jazz band with 4 other people.
Why did you choose jazz?
It is different from punk rock!

Jazz was one of the first kinds of music I played.
It felt good!

I also have a blues band called “Sam Heat & His Blue Kings”.

I am also doing a solo record under the name Sam Heat.

You see: I love music!

Question 5:
You are also active in politics.
You ran for the town elections in Helsinki in 2017.
Helsinki is the capital city of Finland.
What did you learn from this experience?

I learnt how elections work.
I met new people.
I would like to stay active in politics!

Yes, I am running for other local elections!

Question 7:
You recently had an interview with a Finnish TV show.
What did you talk about?

I spoke about when public organisations buy things from companies.
The Finnish organisation for people with intellectual disabilities,
called Tukiliitto, has started a project with
other disability organisations.

Often the services for people with disabilities
that cost the least money get used.
People’s needs get overlooked.
This does not respect human rights.

Inclusion Europe’s members will talk about what they have done
for inclusion over the last 30 years.

Participants will learn about how the members of Inclusion Europe
have worked together over the past 30 years.

Participants will also learn about how the members of Inclusion Europe
have worked with other companies, governments and donors.