To mark the International Woman’s Day on 8 March, the President of the Inclusion Europe member Bundesvereinigung Lebenshilfe, Ulla Schmidt, called for additional regulations concerning gender equality within sheltered workshops for people with disabilities.

She stated that the presence of a so-called Equal Opportunity Officer within sheltered work spaces for people with disabilities should be compulsory. An Equal Opportunity Officer is a function unique for Germany, created and installed by the German government in order to increase gender equality and to battle sexual and gender exploitation and violence in the workplace.

A study commissioned by the Federal Ministry for Family Affairs between 2009 and 2013 shows that woman with disabilities are still disadvantaged within several areas of life. The German government is currently running a project related to this issue, called ‘Female representation in institutions’ (‘Frauenbeauftragte in Einrichtungen – Eine Idee macht Schule’). The project aims to train woman with and without disabilities to become Equal Opportunity Officers, and spread the concept of gender equality across the country.

‘We support and applaud projects such as this’, said Schmidt, ‘however, the presence of Equal Opportunity Officers can lead to a structural change and therefore it needs to be firmly legislated.

Meanwhile, a nationwide campaign called ‘Strong Networks Against Violence: no violence against girls and woman’ has been set up by several organizations. Within this context, the German Olympic Sports confederation (DOSB) has called on all sports clubs to offer self-defense courses for girls and woman with disabilities.

Tags:
Lebenshilfe
About The Author 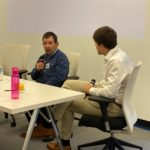 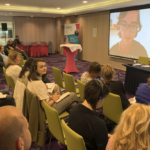 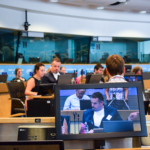