Inclusion Europe at the World Congress: a huge success! 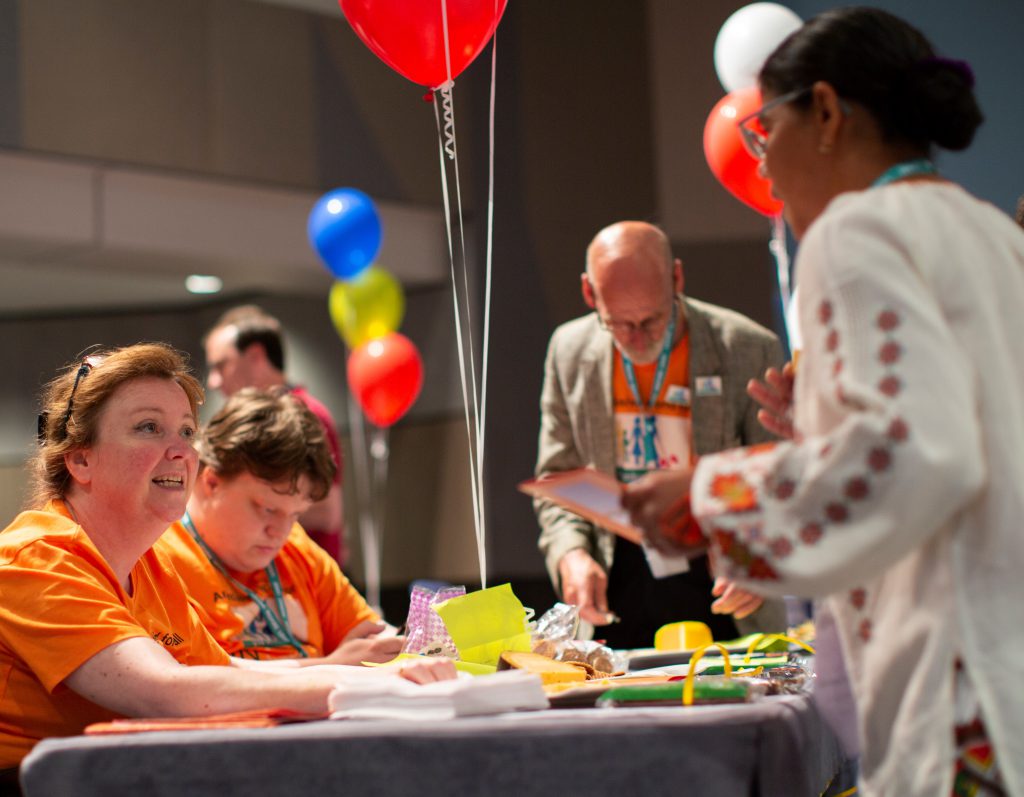 “Flavours of European Inclusion” – at our anniversary event

A glittering anniversary celebration, insightful sessions and, as a result, extremely satisfied attendees: We could not be happier about our participation at the World Congress of Inclusion International!

The congress which took place from 30 May to 1 June, gathered up to 1000 people with an intellectual disability, their family members and professionals from 71 countries in Birmingham (United Kingdom).

The event which went under the slogan “Learn, Inspire, Lead” saw a full programme with workshops empowering people to campaign and share personal stories, completed by debates and talks by high-profile speakers. 500 self-advocates from all over the world took part in the “Global Self-Advocacy Summit“. 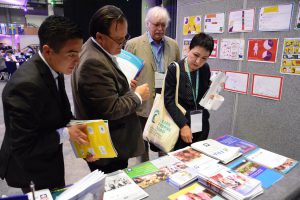 Visitors at Inclusion Europe’s stand at the World congress

One main result of the World Congress: The demands of people with intellectual disabilities and their families are very similar all over the world, namely

• Being part of the community
• Being valued equally, including the right to take one’s own decisions and the right to vote
• Having real jobs with fair pay
• Having an inclusive education
• Closing institutions and ending segregation

At the World Congress, participants had the opportunity to exchange good practices in the fight for these demands, and they were given a boost of motivation to continue their work in their home countries.

Inclusion Europe organised several sessions at the World Congress, and we also celebrated our 30th anniversary at the event with the fair “Flavours of European Inclusion”. The fair was a big success, with many of our members contributing: At 30 stalls they presented their inclusion practices and achievements – and shared their national traditions and typical food of their home country with visitors! 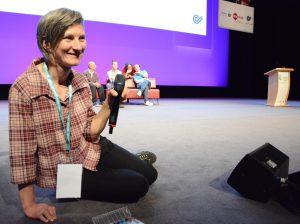 Visitors at the fair were invited to express their wishes for the next 30 years of the Inclusion movement. Some of them were picked and read out loud at the end of the event, including:

The European Platform of Self-Advocates (EPSA) also met at the World Congress. At the General Meeting, the steering group present the 2017 activity report. Afterwards, participants joined different workshops led by self-advocates on topics such as employment, inclusive education or sex and relationships.

European Social Affairs Commissioner Marianne Thyssen recorded a video message for our anniversary that was played at the celebration. Watch it here:

At our board meeting, which took place during the World Congress, Jyrki Pinomaa took over the presidency of Inclusion Europe from Maureen Piggot. Read about this and other changes to the board in our dedicated article.

Inclusion Europe at the World Congress: a big success!

The World Congress of Inclusion International took place
from 30 May to 1 June 2018.
It happened in Birmingham, in the United Kingdom.

Inclusion Europe was a partner in the event.

Some people came because they work on topics
to do with intellectual disabilities.

Some came as support workers.
They came from 71 countries, all over the world.

The theme was “Learn, Inspire, Lead”.
There were workshops and talks where people
worked on campaigns and shared their personal stories.

Inclusion Europe organised lots of workshops.
For example, about the brothers and sisters
of people with intellectual disabilities.

The Global Self-Advocacy Summit also took place
during the World Congress.
Self-advocates got together to talk about the big issues for them.
They launched calls to action,
saying what needs to change to make inclusion happen.

The event showed that people with intellectual disabilities
all over the world are asking for similar things.
For example:

Inclusion Europe also had its 30th birthday party!
The theme of the party was “Flavours of European Inclusion”.
Our members from 30 countries shared their national foods
and showed how they work for inclusion.

There was a wish tree at the party.
This was a tree made of balloons.
People wrote down what they wish for the future of inclusion
on a piece of paper and tied it to the tree.

Here are a couple of the wishes:

The European Platform of Self-Advocates met at the World Congress.
They talked about their activities in 2017. 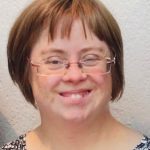 At the congress, Sara Pickard was elected to continue her role
as the self-advocate who stands for Europe in Inclusion International.
You can find out more about Sara by watching this video.

See the photos of the World Congress on Facebook!

You can also catch up with what people said through
the hashtag #LearnInspireLead on Twitter.

The European Commission sent a video message
to wish us happy birthday: