Ivo had served as a board member of Inclusion Europe for 5 years and also as Secretary-General before he became president-elect in 2008.

During this time he contributed to such significant events and developments as the Inclusion International World Congress, our contribution to the first EU Disability Strategy or the Children’s rights for all (.pdf) report.

Reflecting in the 2009 annual report (.pdf), Ivo Vykydal said of Inclusion Europe’s work: “The goal of our Vision 2020 is to build the capacity that communities in Europe require to successfully include all people in ways that promote their roles as full citizens in society. Action in different core areas is necessary to ensure that our values and visions are turned into reality. This includes awareness-raising for an inclusive society, the positive action in core policy areas, and the necessary development of our organisation and movement.” 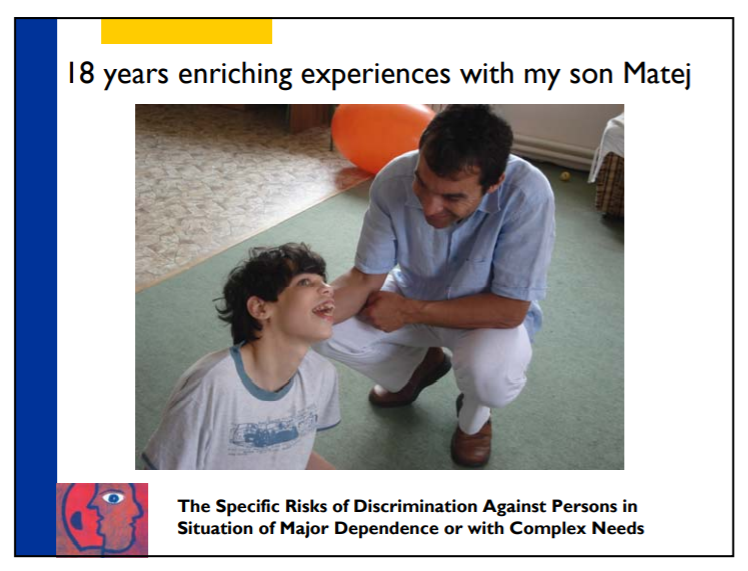 Ivo Vykydal served also as the president of Inclusion Czechia between 2002 and 2011. 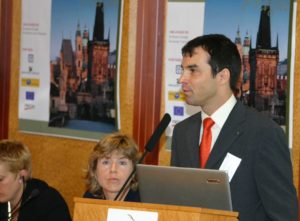 Ivo Vykydal speaking at a 2005 conference in Prague, Czechia

Ivo Vykydal was a member of the Czech Parliament in 2002-2006, where he sat at the European Affairs committee. He also held several elected post at the local and regional level.

Most recently he worked as a transportation expert in the public authority for the development of transport infrastructure.

“It is with great sadness that I have received the news of Ivo Vykydal’s death. My thoughts go to his wife Karin and his children, who have lost their husband and father far too early.

He was a great role model to many young fathers of children with intellectual disability. I respect and appreciate his contribution to our movement, where the role of us parents is indispensable and crucial. His example affected me strongly and spurred me to become a candidate for the board of Inclusion Europe.”

“I was shocked and saddened to hear of Ivo’s untimely death. It is a sad day for his family, his country and the Inclusion family, which he served at national, regional and global level.

Ivo was the first president in Inclusion Europe from a former communist country. As a dynamic, young father and active politician whose first child had complex support needs he brought energy, charm and a wealth of experience to the Board.

During that time we established an office in Czechia that supported the development of the membership in Central and Eastern Europe. From there Inclusion Europe ran a successful programme introducing members to the CRPD which had just been adopted by the United Nations.

Ivo believed passionately in inclusion. For him the challenge was enthusing people outside the usual disability or human rights networks about it. He saw strategic, persuasive communication as the way to do it. He was a creative thinker and encouraged us to use our imagination as well as innovative marketing techniques to present everyday situations in images and stories that showed how natural it is for people with intellectual disability and their families to be included. And, how much happier everyone is as a result.

He made it look easy. He has left too soon.”

Maureen Piggot served as Vice President during Ivo’s time as President Elect and President; Maureen succeeded Ivo as President when he stepped down due to pressures of work and the needs of his family.

“Ivo was a discrete, very positive person, always with a smile on his face. He had plenty of creative ideas to make our organisation stronger and more open. He has been a great inspiration to all of us.”

More from Inclusion Czechia (in Czech).

“Ivo’s impact on lives of people with intellectual disabilities and their families in Czechia should not be underestimated. It was huge and it should never be forgotten. He was not afraid to take risky steps and he wasn’t always rewarded for it. And he was great colleague and really great fun to be with.”

Barbora Uhlířová worked for Inclusion Europe and Inclusion Czechia when Ivo Vykydal was active in the organisations. 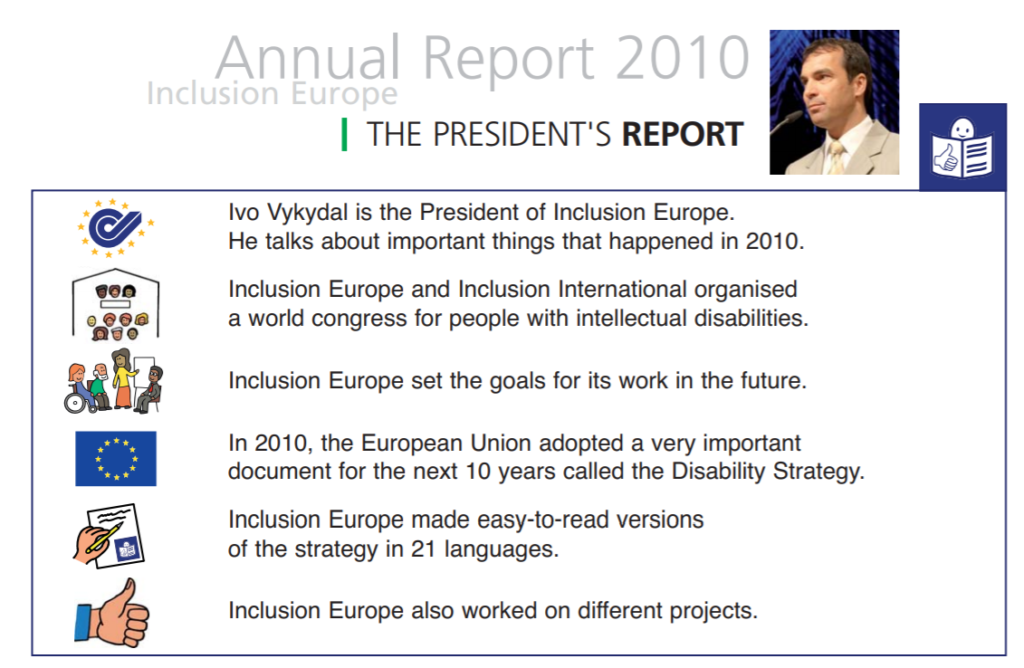