“Every child should get the support they need”

Recently José Smits, Inclusion Europe's Secretary General and founder of Inclusie Nederland, was asked to participate in a conference about early intervention in Leipzig, Germany, by the European organisation Earlyaid. She went to talk about the importance of early intervention and to warn that austerity measures has led to a decline in services being offered to families.

José Smits is Secretary General of Inclusion Europe and founder of Inclusie Nederland.

Recently I was asked to participate in a conference about early intervention in Leipzig, Germany, by the European organisation Earlyaid. I gladly went to talk about the importance of early intervention and to warn that austerity measures has led to a decline in services being offered to families.

Why do we need early intervention?

Having a newborn child is a complete wonder, every time a source of joy and fulfillment. Every parent knows that newborn children need a lot of time and energy in being taken care of. They are vulnerable and completely reliant on the care parents give them. This situation lasts for several years. In the animal world human animals are exceptional in the amount of care their offspring need.

But that is okay. We have developed an extensive system to support parents. There are kindergartens, a general health system, preschools, schools and all kinds of advisory boards. Right?

Well… this is not entirely true for parents of children with a disability. General support systems are set up with a sort of average child in mind.

Parents of children with a disability often find that general knowledge is not sufficient to help them out with very specific questions that come up in their situation. If specific disability support is available, all too often the support is not offered in the homes of parents but only in segregated special facilities.

What is early intervention?

Early intervention should start right after birth if possible. The support should be:

The effects of early intervention programmes have been proven. The usual “decline in intellectual development that occurs after the first 12-18 months for children with Down syndrome can be prevented almost entirely”, was a conclusion in research. Research also shows long term positive effects of early intention on the development of children; it leads to better access to mainstream schools, more employment at later age, better health and better relationships, more welfare for parents (who feel supported) and less institutionalization.

Inclusion Europe therefore says that governments should provide free and comprehensive early interventions services for all children with disabilities. It is a right laid down in both the Children’s Right Convention and the CRPD: “the right to rehabilitation, to be part of the community, to learn and to develop according to his/her best potential. Early intervention should be available, accessible and affordable.”

What we talked about at the conference

At the conference in Leipzig we discussed the fact that there are only a few countries in Europe where governments push for quality early intervention services.

Health and education policies are formally geared towards support, care and inclusion of children with disabilities, but policies are not comprehensive, not aimed at systemic changes. They lack careful planning. There are usually no monitoring mechanisms and there is a lack of necessary allocation of resources.

Austerity measures (as a result of the financial crisis 2008) meant budget cuts on resources and individualized support for children and adults with disabilities in at least the UK, Netherlands, Spain, Sweden, Greece and probably many other countries.

Budgets cuts were sometimes concealed. For instance, in the UK and the Netherlands governments decentralized support for youth to municipalities and at the same time cut budgets for these municipalities.

A side effect of decentralization was that centralised policy or guidelines disappeared. The Netherlands had just started coordinating national policies for early intervention and inclusion in education. The decentralization of youth support stopped this coordination. Every municipal council had to reinvent ideas on early intervention. Parent organizations were supposed to advocate on local level, so the advocacy weakened as well.

The European Association of Service Providers recently published data on support systems, including early intervention. This data shows that some countries have well developed systems of family-based early intervention and inclusive education: Italy is a good example and to a lesser extent also the United Kingdom, Ireland, Spain, Germany (when it comes to early intervention, not education).

Belgium, France and the Netherlands seem to have all therapies available and affordable via health insurance, but therapy and support can mostly be obtained only in rehabilitation and daycare centers and institutions. There is little reaching out to families. These three countries have also highly segregated educational systems.

There are also countries without affordable and available support. Greece is a notable example. Only parents who are wealthy enough can afford to pay for privately run early intervention out of their own pocket.

Earlyaid describes Portugal as a country with a well-developed system of family oriented early intervention.

At Inclusion Europe we will continue to ask for better support for families with children with disabilities.

Every child matters and every child should get the support it needs to develop.

*Pictures taken from: Children’s rights for all! Implementation of the United Nations Convention on the Rights of the Child for children with intellectual disabilities.


Submission of Inclusion Europe on the General Comment on UN CRPD article 24, and research by the Academic Network European Disability Experts – ANED

European Network for Independent Living (ENIL), background notes of proposal for resolution of the European Parliament on the effects of cuts in public spending in persons with disabilities in the European Union (2011)

Guralnick in Jacobson, Mulick, Rojahn; “Handbook of mental retardation and developmental disabilities” and in the American journal on Mental Retardation Vol 102, No 4, p. 319-345. 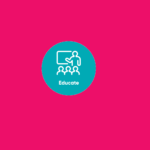